Back to all submissions

A game that broke down the barrier between reality and fiction of buttons for a truly interactive virtual world.

We are a team of first-time hackers formed on the first day of Cal Hacks. As a team, we knew we wanted to work on motion sensor because we believe that that is the direction the future technologies are moving towards. As we were brainstorming and looking around us for resources on Cal Hacks, we decided to combine several venues. Unity was right beside our table, and most of us were wearing the Firebase headbands. As a result, we knew what we were going to create. A fully interactive MMO game using Leap Motion as our motion sensor, Firebase as our server to give us real-time gaming, and Unity as our game engine. Yes, we created an MMO game for our first hackathon! We think this game can be played by any users of all ages! Because they don't require button pressing and key memorisation, the elderly will have an easy time picking the game up. Additionally, it would be great exercise and a fun game for both family and friends! 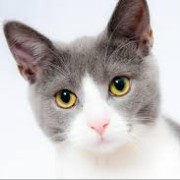 Comments for this submission are closed. View the software in jeaniejung's portfolio to continue the conversation.